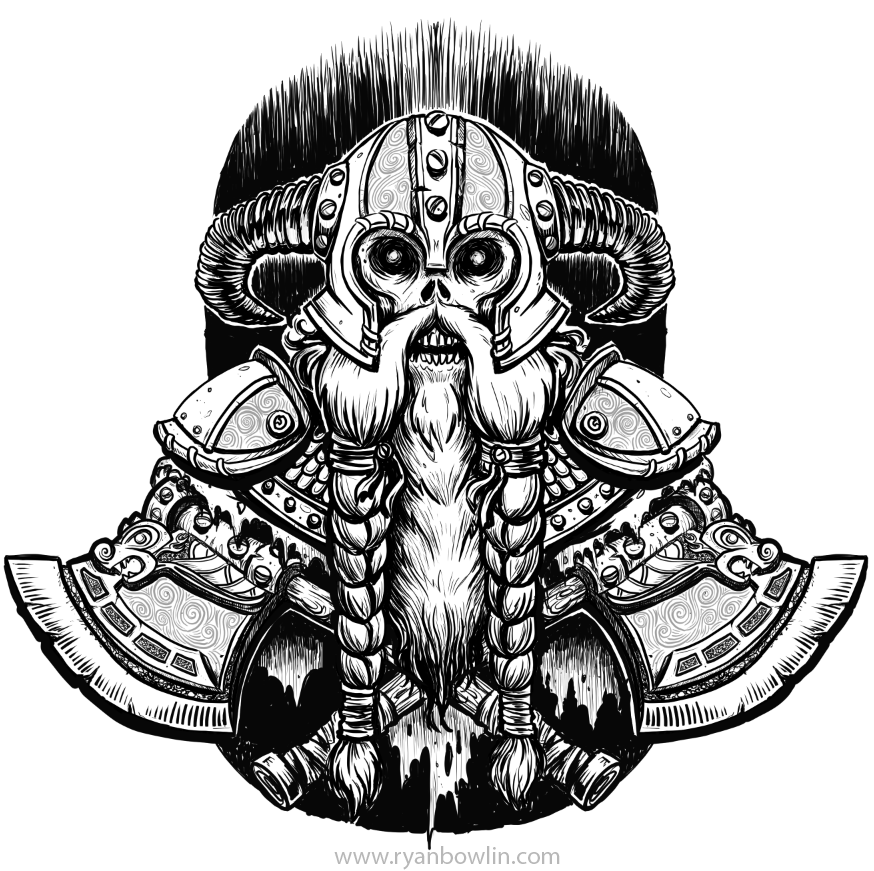 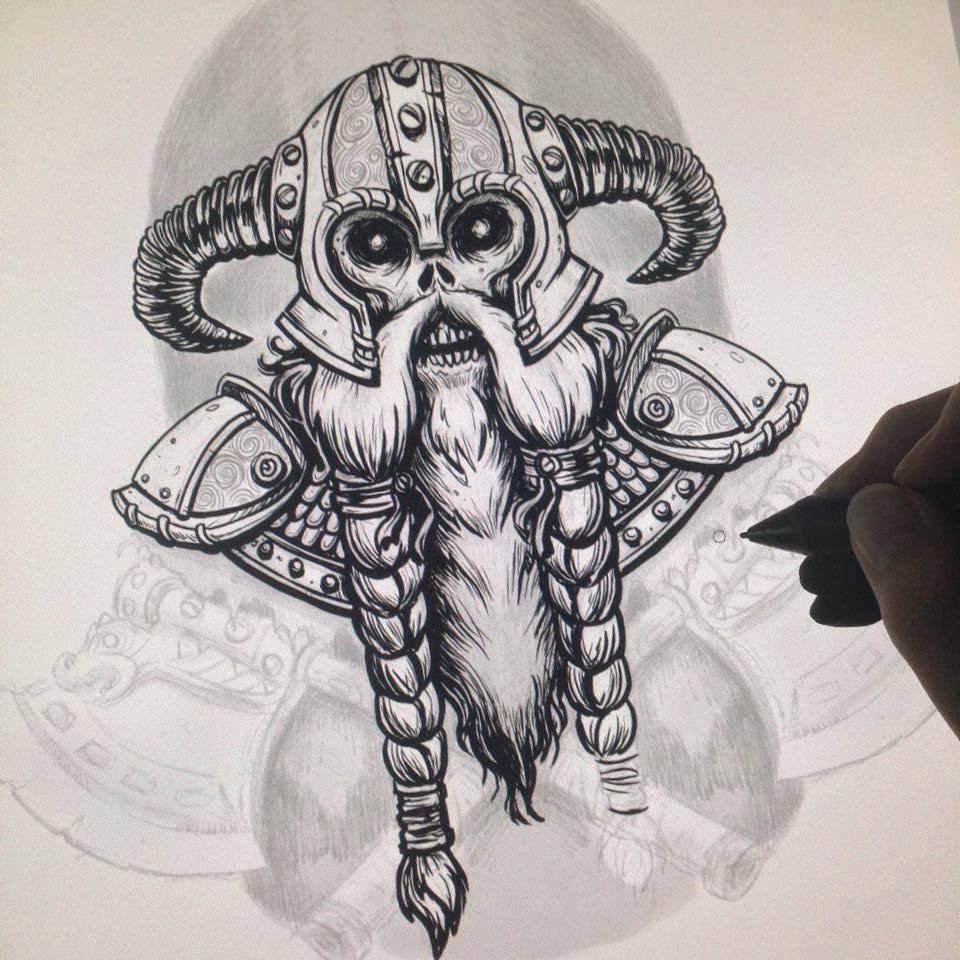 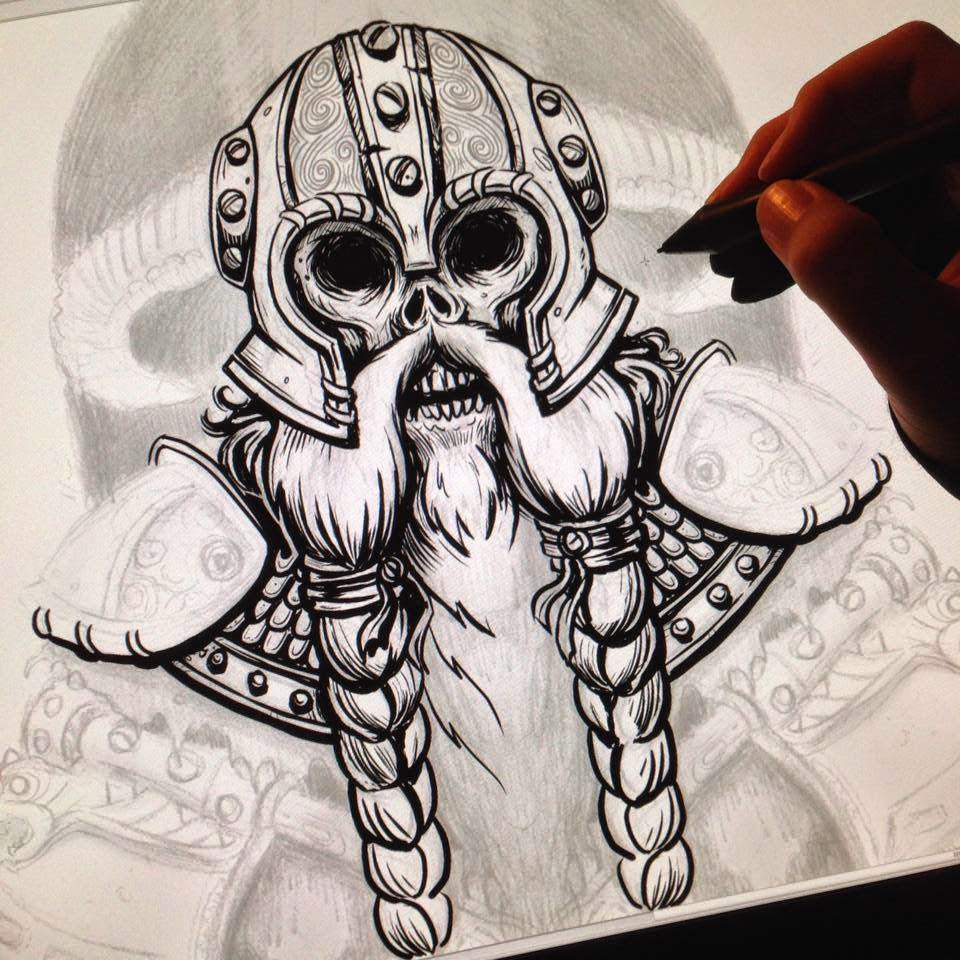 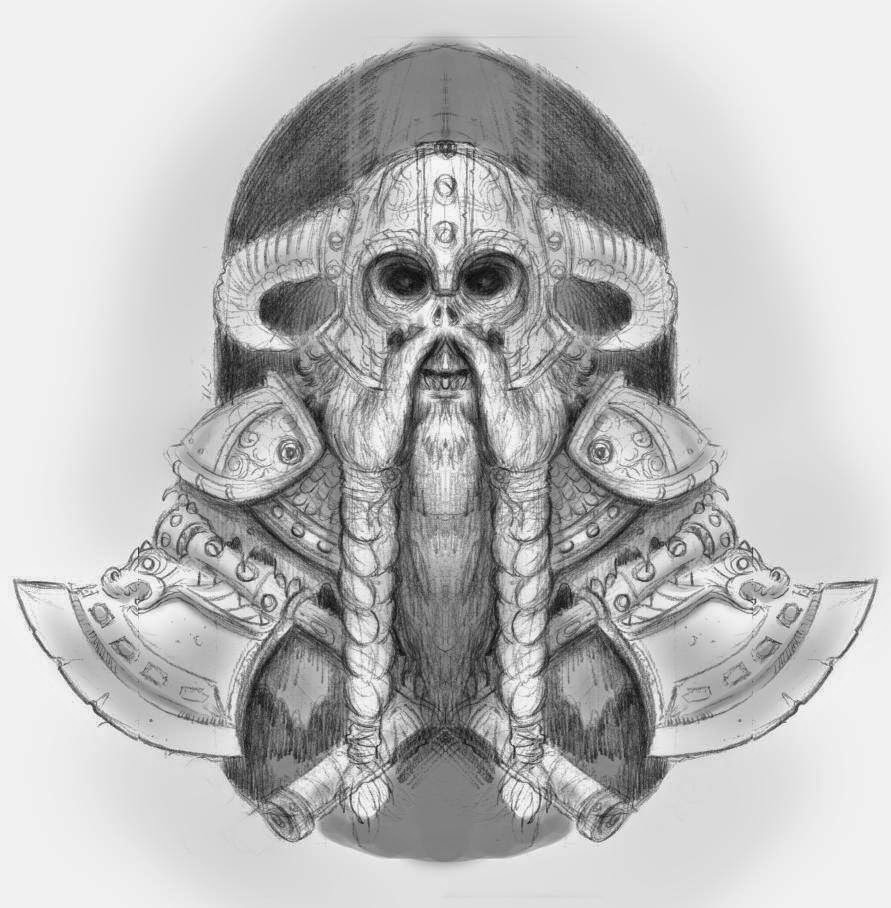 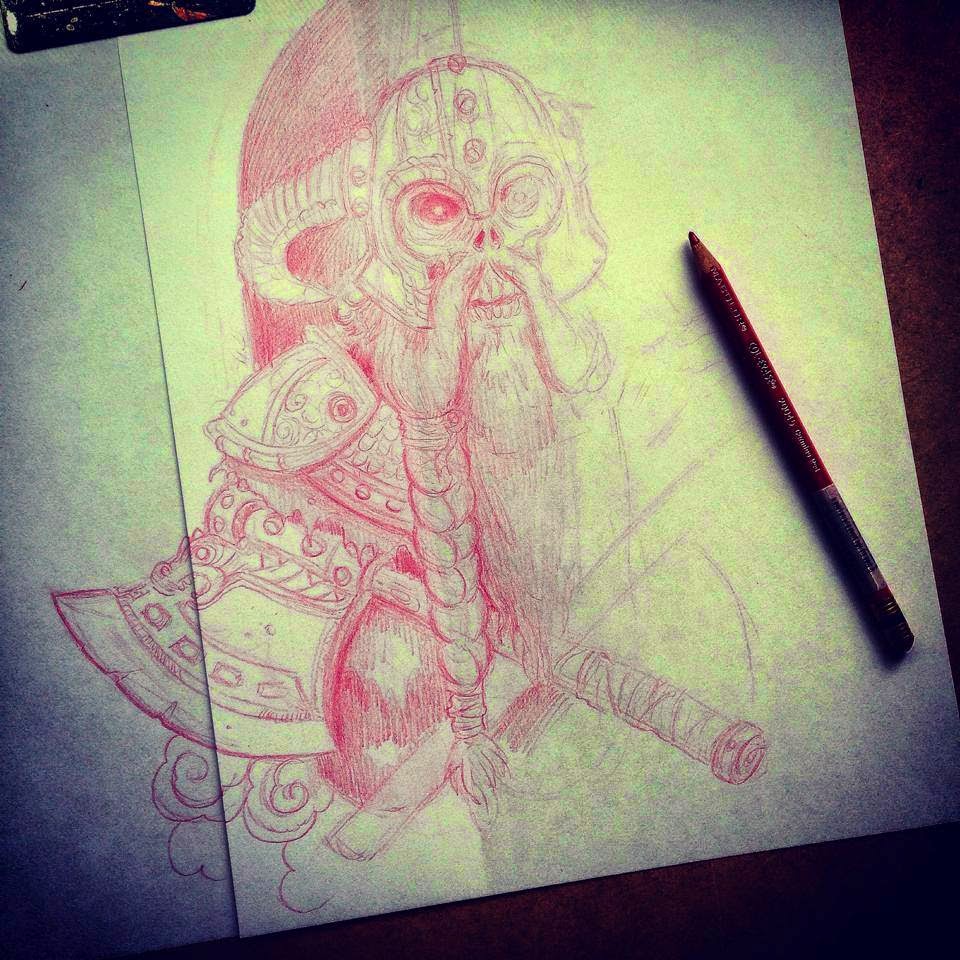 A friend of mine was getting a tattoo this week and it go me thinking about what a cool design might be. I had this image of a warrior like dwarf corpse pop in my head and was certain I'd seen the image before. I dug and dug through the bowels of the internet and turned up nothing. So I tried to scribble out the idea I had in my head just for the fun of it.

I really liked the design and thought I'd try and take it a step further. I normally work in brush pen but I was lazy and didn't want to print it out, transfer the drawing and all that stuff. So I tried inking in Manga Studio again on my Cintiq. It was only the second or third time and this was the first time I'd ever done anything really serious with it. I was actually really happy with the results I got out of it! And I've had a good response from other people regarding the image as well!

I've finished the inks for the most part. I still need to refine it in some places and figure out what I'm doing with the background (it's just a big black splotch right now) but overall it's done. I've also started roughing out some color palettes for it as well. I have a couple directions that I feel pretty solid about now. Now I just need to execute on the final colors and we're good to go!

Stay tuned for the final images! I'll also be looking into getting these guys on a shirt or perhaps make some prints. I'm also considering making this a series and moving on a wizard next! Maybe I'll do three or four total. So stay tuned! Ha! Hope you like him! 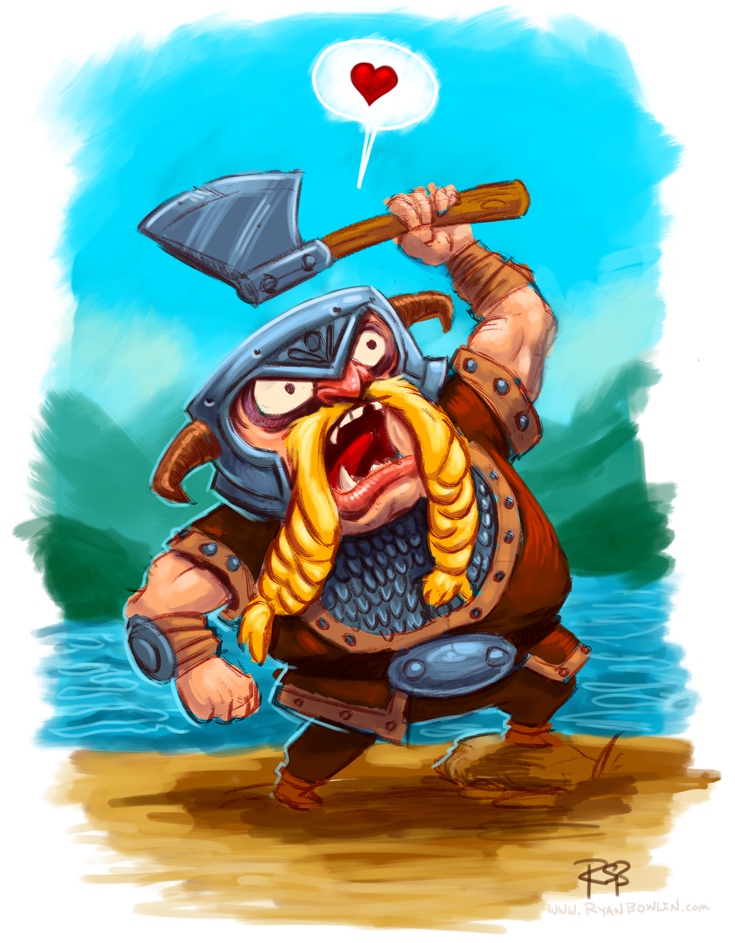 A little scribble for Sketch Dailies. I absolutely love that site! So much great artwork on a daily basis! Check them out if you get a chance! I was going to go play more Tomb Raider on PS4 but once I saw the topic was Vikings I knew I had to bang something out. Ha!

I've been exploring a bit in recent months and with this scribble I changed up my normal working process. I'm trying to just get my ideas down faster and even trying to work more loosely. This was one of my better successes I've had doing that in recent attempts. Experimentation is good, right? Hoping I start stumbling upon something I really love.

I hope all of you enjoyed E3 this week! I always love seeing the studios showing off all of their awesome stuff. Lots of great games to look forward to in the near future!