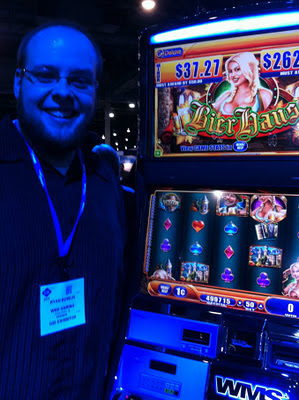 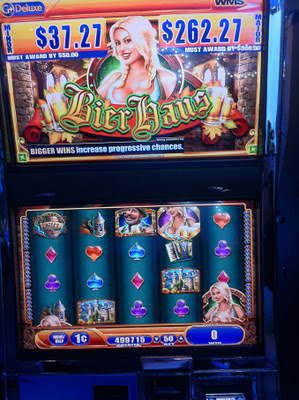 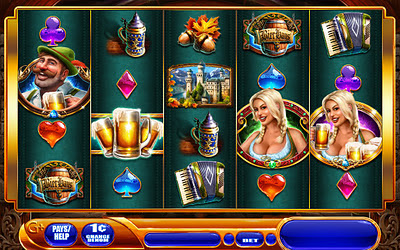 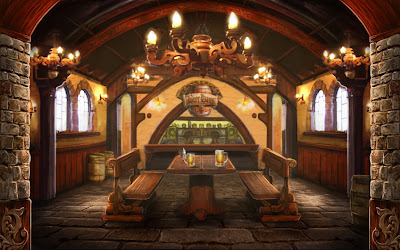 Last summer the video game studio I was working for here in Las Vegas, NV abruptly shut it's doors and left me looking for work. The economy being what it was I had my series of ups and downs before I decided to give the local gambling industry a shot. I've been working in it now since last October and it's been an interesting experience to say this least! Not a bad one by any stretch of the imagination but just a different one. I've worked on quite a few gaming projects and none have been released into the wild yet. Until now!

This past week at the annual slot gaming expo our company deemed one of the games I worked on this year worthy to show. I figured I'd toss up some pictures of the game on the machine with yours truly posing next to it. You'll also see a couple pictures of the actual game mockups as well.There's a lot of painting going on in this game but you'll also find a good deal of photo manipulated bits in there as well. It's interesting to see that our highly rendered paintings aren't always enough anymore to sell that style now that 3D exists. It's not the way I really like to work. I enjoy a more painterly style and seeing all the brush strokes a lot more. But as the company releases more of my other games you'll see my more natural styles peeking through a bit more.

The game isn't on casino floors yet but it should be soon! I feel like I've been such a slacker this month but I promise I've been busy. Just haven't been sketching and doing much personal work recently. Hopefully October will be filled with lots of fun stuff though! Thanks for checking in and take care!